Annual Renewable Term Life Insurance: Is it Right for Me?

Annual renewable term insurance, or ART, can be an affordable option for individuals looking for short term life insurance coverage. But how does an ART compare to other types of life insurance?

Like all insurance, an annual renewable term policy has its pros and cons. In this article, we’ll cover everything you need to know about this type of life insurance plan, so you can make a decision on whether it’s the right life insurance for you.

As you can see in the chart below, ART starts off as the least expensive option compared to the two longer-term policies. However, the longer the policyholder renews the policy, the more expensive it becomes.

Likewise, if the ART policyholder decided to renew for more than 10 years, they would end up paying significantly more overall than if they had enrolled in the 20-year policy; a whopping $21,440 more.

This chart is here to illustrate that the right policy for you depends on your future plans. ART should be seen as a short-term insurance policy, to bridge the gap between longer-term policies that will be more cost-effective in the long run.

Prudential offers a one-year term policy called PruTerm one.  One-year life insurance is similar to annual renewable term insurance; however, the main difference is that it is non-renewable at the end of the term.

This means that if the policy-holder would like to remain covered under the insurance after the one year is up, then they will need to reapply, retake the medical exam, and prove insurability again. Proving insurability may not sound like a big deal – unless you get diagnosed with a major illness like cancer or something worse. You don’t want to put yourself in a situation where you are not insurable anymore and stuck with no life insurance.

However, since ART guarantees your insurability each year that the term is valid, you won’t need to re-apply and put yourself at risk of not being approved for life insurance.

Out of all the ART carriers, ANICO is the best for the following reasons: 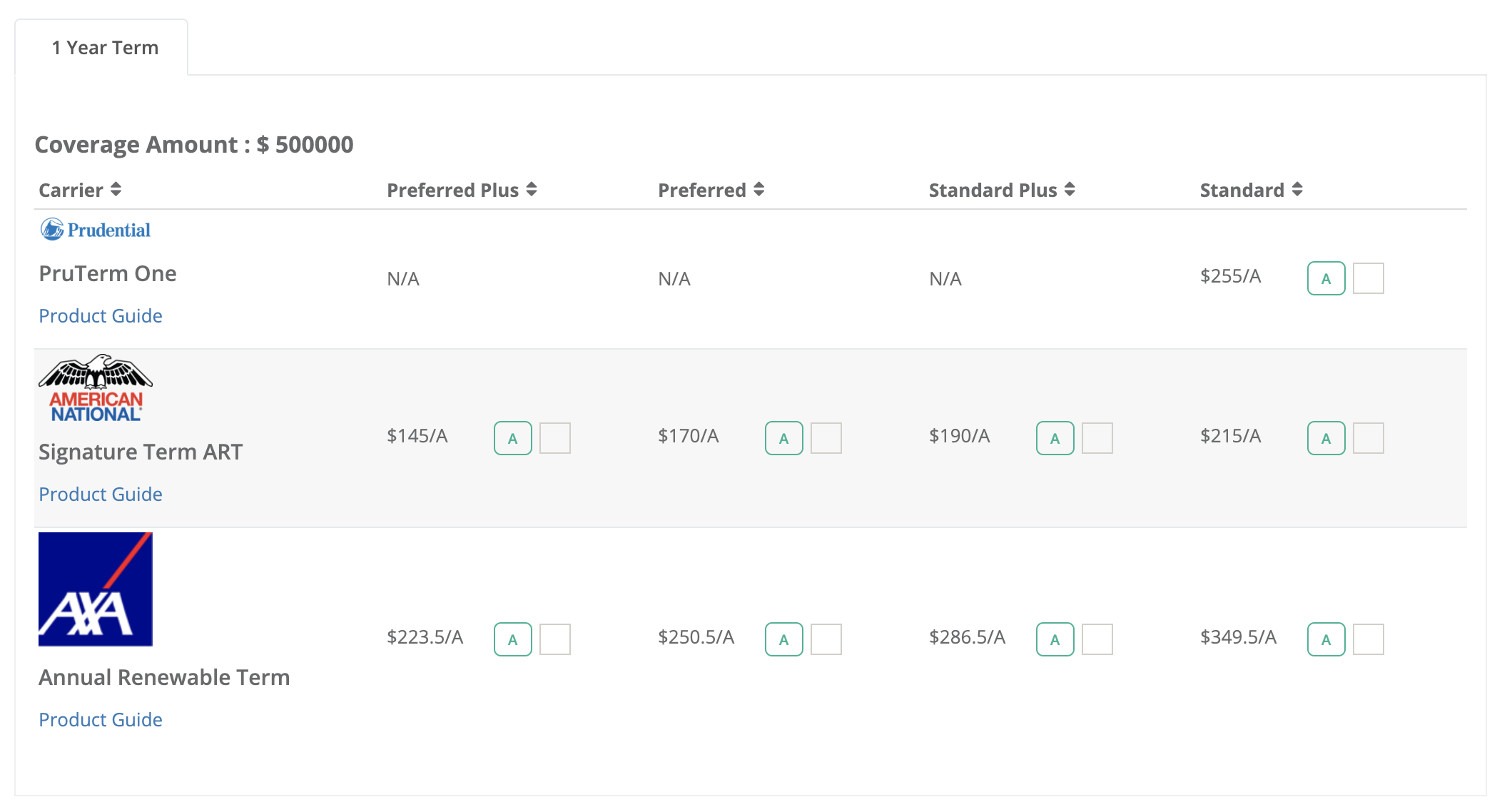 Still not sure which type of life insurance policy is right for you? Let an Insurance Geek walk you through. We’ve collected data from all of the top carriers across the country, so all you have to do is fill out our user-friendly quote form to get hundreds of insurance quotes in an instant. Comparing rates has never been easier: get insured today.

About the Author: Brad Cummins

Shop over 30 carriers in under a minute.